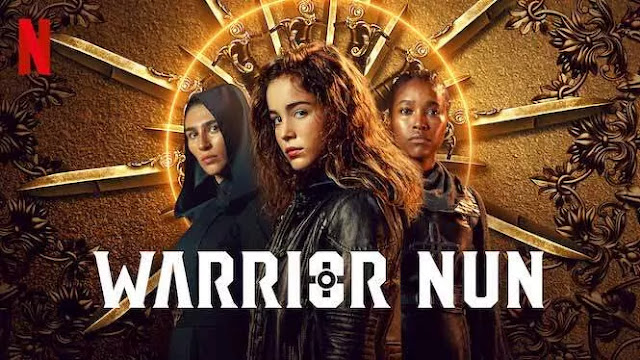 Feminism is on the top and many TV series and movies like Stargirl, Agents of Shield, Wonder Women representing women in their lead which is a true example of how from the past few years the male-dominant superhero movies now rely on shoulders of women and yet its hit at the streaming service like Netflix, Amazon Prime, HBO Max, and box office. Female superheroes and now playing the mainstream character and take the lead in a fighting scene which also means that trends become change and viewers are demanding to watch series based on a female superhero.
So the Warrior Nun come where a woman named Ava (Alba Baptista) who just died one day after that got rebirth by some ancient art crafts called Halo which is put in her back. Halo not only gave life, but it’s blessed with a superpower. Ava now becomes a superhero as she discovers she is now part of the ancient Order of the Cruciform Sword, which means she has to fight with demons along with fellow Warrior Nun.

Warrior Nun is a light-hearted simple tv show and fun to watch, but at some points of it gets you bored, but at the end of season 1, you got many surprises which make this TV shows very well.
Warrior Nun season 1 consists of 10 episodes and streaming on Netflix. This fantasy drama web television series created by Simon Barry based on the comic book character Warrior Nun Areala by Ben Dunn.
IMDB Rating of Warrior Nun Season 1: 6.9