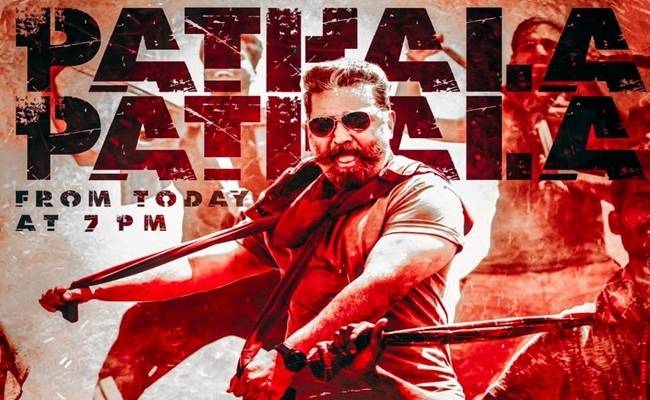 Kamal Haasan, Vijay Setupathi, and Fahadh Faasil’s action movie Vikram got thumbs up and broke records at the box office in a worldwide collection.

Vikram is a super-action thriller film that unveils the dark secrets of a drug cartel and follows the story of Kaithi’s 2019 movie, In Vikram, Kamal Haasan plays the role of a hardcore spy agent who’s having a specialized team to fulfill the mission and neutralize the target. Fahadh Faasil plays the role special crime branch officer who specializes in complicated tasks. Vijay Setupathi plays the head of the drug cartel.

The story is very intelligently carved by Lokesh Kanagaraj moving slowly with many surprising elements with next-level action scenes with dark suspense which give goosebumps to his audience, In the first half Vikram takes time to build character, pace in the story but after the interval, the movie takes huge jump non-stop action, lots of emotions flow like a river which force audience to watch without a blink of eyes.

Kamal Haasan proves that age is just a number, this award-winning actor gives tough competition to supporting actors and wins the race of acting, whereas Vijay Sethupati’s intense, marvelous acting performance blows your mind, We all know Fahadh Faasil after his brilliant performance in Pushpa film, in Vikram actor proves his acting skills once again.

The BGM of Vikram is exceptionally well-matched with the storyline scene by scene raising the intensity of the movie.

Director Lokesh Kanagaraj’s Vikram is a must-watch, especially for those who love action movies. The guest appearance of Surya is a delightful treat by movie makers to his audience which gives goosebumps to the audience and left a clue for the third part of LCU (Lokesh Kanagaraj Universe).

Vikram’s film has earned Rs 170 crore in India and has crossed the Rs 200 crore mark worldwide. According to a tweet by trade analyst Manobala Vijayabalan, the film earned Rs 170.46 crore.