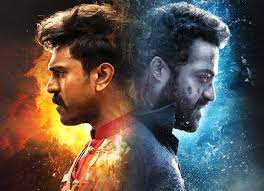 Upcoming South Movie releases in March 2022 there will be big-budget south Indian movie slated o release in March, many of south films release is postponed due to COVID-19 like Prabhas’s Radhe Shyam, RRR, But now they are ready for the blast at the box office, After the massive success of Allu Arjun’s Pushpa, Ajith’s Valimai, Bheemla Nayak. Many south Indian movie producers have released movies on pan-Indian to catch the success of Pushpa wave. Radhe Shyam, starring Prabhas and Pooja Hegde and Bhaubhali’s Director RRR movie starring Jr NTR and Ram Charan is one of the biggest releases this month.

Prabhas and Pooja Hegde starrer Radhe Shyam which is an SCI-FI romantic-action drama is all set to release on March 11.

The much-awaited Tamil film Maaran starring Dhanush and Malavika Mohanan is set to stream on OTT paltform Disney+Hotstar, from March 11.