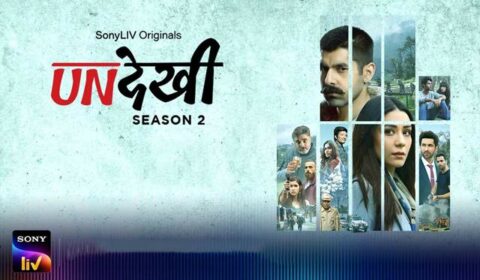 In the first season of Undekhi where a dancer is killed in a fit of rage at the wedding of the Daman son the Atwal family. A cop (Dibyendu Bhattacharya) as DCP Ghosh comes looking for the girl, while a film crew wants to expose the Atwal’s for their heinous crime. The Atwals Rinku paaji will go under any circumstances to remove pawns.

Undekhi season 2 is the same to carry the story forward with finding the girls by the Rinku, and DSP, but this many more players in Atwal families are come to take charge of the business, the screenplay of the movie is very strong who gives justice to the character and smoothly take the story forward without any hiccups.

Siddharth Sengupta delivers the real crime thriller experience to with a slowly moving story and takes to build up character and if anyone does not have the patience to watch long episodes then he will be missing one of the best Indian crime web series.

Undekhi season 2 s a gripping thriller. Great script, well-crafted dialogue, and tight direction. Wonderful performances, especially Dibyendu Bhattacharya as the calm and cool Inspector. DSP, Harsh Chhaya as the Papaji who you’ll love to hate, Surya Sharma as the dreadful Rinku, But this time competition between Rinku and Anchal Singh as Teji Grewal who dominate in part of undekhi by her tactics to bring down Atwals.

If you have already watched season 2 of Undekhi then season 2 is must watch to discover the story which is left from part one.