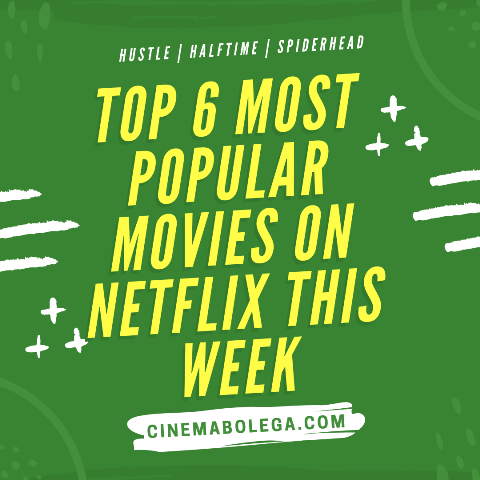 Top 6 Most Popular Movies on Netflix This Week

Here is the list of the top Most Popular Movies on Netflix, which are high watchable and rated by fans, of all segments fantasy, drama, crime, biography, and sci-fi across all countries. starting from Hustle to Spiderhead, Interceptor is a spot in the top movie list.

1. Hustle – A basketball scout Adam Sandler discovers a phenomenal street ball player while in Spain and sees the prospect as his opportunity to get back into the NBA.

2. Interceptor – When some terrorists want to launch a nuclear attack on the U.S with stolen missiles, task a remote offshore missile interceptor platform that could stop their missiles, and an officer defends the facility.

3. Halftime – A biography of Jennifer Lopez which shows her struggle with her milestones and evolution as an artist, and navigates the second half of her career continuing to entertain, empower and inspire.

4. Chickenhare and the Hamster of Darkness – Director Ben Stassen and Benjamin Mousquet lovable story Follow a young hero born half chicken and half hare.

The cast (Voice) of the Chickenhare and the Hamster of Darkness – Jordan Tartakow, Danny Fehsenfeld, Joe Ochman

5. Spiderhead – Spiderhead is a science fiction thriller film directed by Joseph Kosinski, based on the dystopian short story “Escape from Spiderhead.

6. The Wrath of God – Director Sebastián Schindel’s crime thriller about a young woman immersed in a circle of mysterious deaths of relatives leads to the suspicion that the person responsible is an enigmatic writer.