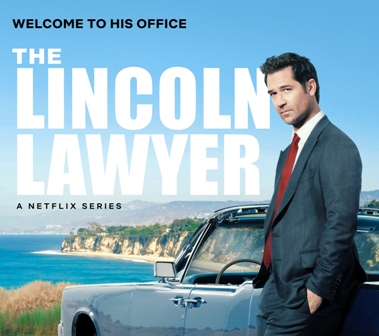 5 Hindi Dubbed Netflix Web Series: Netflix India is working hard to make the most popular web series accessible to the Indian audience by dubbing un Hindi for the masses, which can help the OTT platform compete with its peers like SonyLiv, Amazon Prime Video, Disney Plus Hotstar, Zee5, and many more. There is many good web series, and movies in every niche such as Fantasy, Crime, Drama, Dark Secrets, Thriller, Action, Suspenseavailable in Netflix’s bucket which increased the subscriber as well as viewership for Netflix.

1. The Lincoln Lawyer (Web Series): Netflix legal drama web series created by David E.Kelley and developed by Ted Humphrey, based on the 2008 novel The Brass Verdict by Michael Connelly, a sequel to his novel The Lincoln Lawyer. Mickey Haller, an iconoclastic idealist runs a law firm that handles many big cases in Los Angeles.

The cast of The Lincoln lawyer –

The Cast of Heartstopper –

3. Criminal – Best crime drama series – Criminal is a web series of four Netflix police procedural anthology TV series set in four countries. The four series are Criminal: France, Criminal: Germany, Criminal: Spain, and Criminal: UK. Each episode gives you a next-level experience of psychological drama, consisting of the interrogation of an individual by a team of police investigators sometimes you feel like you’re in the interrogation room.

4. The Marked Heart – The Marked Heart is a Colombian thriller drama streaming on Netflix, Simón’s wife was killed to extract her heart and transplant it to Camila, the wife of a rich man. In search of revenge, he dives into the dangerous world of organ trafficking.

The Cast of The Marked Heart:

5. Yakamoz S-245 (TV- Series) – The action, adventure series all about survival after disaster strikes Earth when the sun takes the life of every living being, a marine biologist on a submarine research mission must fight to survive with the crew as a conspiracy comes to light.