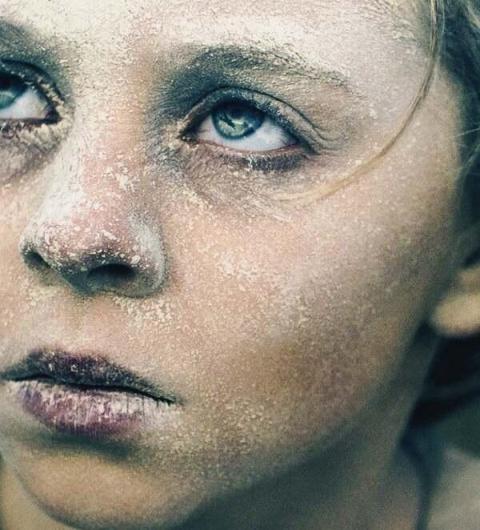 Netflix’s The Shadow in My Eye Movie Review:

The Shadow in My Eye original title Skyggen i mit øje was released last year but this war drama is most talkative among the fans who loved movies that are based on true events, especially when they belong to World War II. The movie shows the bitter truth of war which not only destroy the living places, city but also wipe out the entire humanity from war zone areas.

The Shadow in My Eye start in early On March 21st, 1945, When fighter jets of the British Royal Air Force plan a mission to bomb Gestapo’s headquarters in Copenhagen (Denmark). But accidentally fighter bombers bomb in a school where more than 100 school children have died and the raid had total fatal consequences more than 145 civilians were killed.

This mass killing was called Operation Carthage, on 21 March 1945.

Streaming platform Netflix buys rights to (Danish Movie: The Bombardment), which was first released in October 2021 in Denmark. The film is also known as The Shadow In My Eye (Skyggen i mit øje in Danish).

The scenes are brutal and hard to accept that how this happens just start from the movie with intense background music and tremendous acting by Alex Høgh Andersen as Frederik and Danica Curcic as Rigmor’s Mother, Fanny Bornedal as Teresa, Susse Wold as Prioress all actors performance take you in the era of WWII.

To Shoot war scenes is never so easy especially when it narrates the story which happens in 1945, but cinematography does justice to the story and tries to create every shot as real as possible.

Director and writer Ole Bornedal well research and hard work are transformed into excellent pieces of work and picked as one best war movies.

Every war is tragic and brings unbearable pain in the life of those who suffered the atrocities of war The Shadow in My Eye is a perfect example but humans are never learned lessons from the past, as a result, innocent people are dying in the 22nd century.