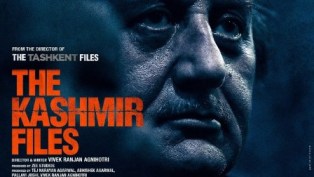 Zee Studio along with Vivek Agnihotri brings the most heated and controversial events of history into the 60MM silver screen The Kashmir Files is set to be released on 11th March 2022. Makers of the movie claim that The Kashmir is an honest attempt to bring back the dark story of the exodus of Kashmiri Pandits.

Where in the early 1990, the vast majority of Kashmiri Hindus fled the valley in a mass migration After that Kashmiri Pandits struggle to regain citizenship in or return to the Kashmir valley.

This movie is directed by Vivek Ranjan Agnihotri who formerly direct Tashkent Files which is quite the most successful movie.