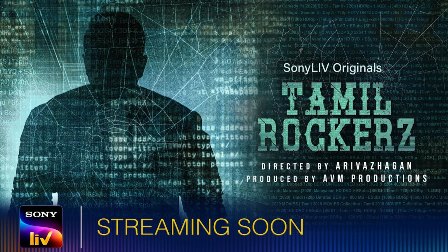 If anyone wants to watch a new movie they going to search for Tamirockers space movie name and the latest movie available for watch, this much craze about Tamilrockers Website, Popularity is to the extent that many new movies are released on torrent sites before their release on theatre, which suffers massive loss to cinema houses, multiplex owners. The torrent site leaks all the latest movies irrespective of the language despite piracy being illegal in India.

OTT platform Sony Liv has come up with a new web series on Tamilrockers, titled ‘Tamilrockerz’. The teaser of the thriller web series is already out and people are excited to know what the makers have brought it through this.

Makers of Tamilrockerz Aruna Guhan Shyam of AVM Productions which is directed by Arivazhagan and the story is written by Manoj Kumar Kalaivanan.