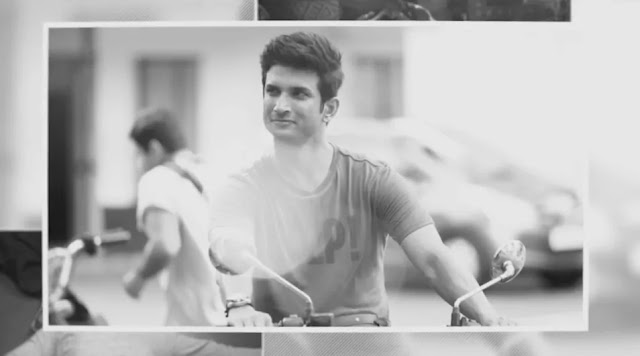 Dil Bechara is a Sushant Last Project after his death millions of fans eagerly waiting for this movie and now it was released on 24th July2020 in Disney + Hotstar.

After the death of late Bollywood star Sushant Singh Rajput millions of his fans, Rajput’s family friends are very sad and waiting to see Sushant’s upcoming movie Dil Bechara which is slated to released early due to Covid-19 Pandemic. But nobody knows that actor getting suicide in his apartment at Mumbai, after his death, many fans including famous celebrities raised questions on Nepotism in Bollywood and blaming that Sushant’s death is a result of a continuous victim of Nepotism, favoritism in Bollywood.

Dil Bechara is Sushant’s last project and I feel everyone should watch, It was a very emotional film and very much emotional for Sushant’s fans, friends, families. The movie is directed by the famous casting director Mukesh Chhabra and it stars Sushant Singh Rajput and Sanjana Sanghi in the lead role.
Dil Bechara film is an adaptation of John Green’s 2012 novel The Fault in Our Stars and A.R Rahman compose music for this love story.
The Story revolves around the two younger kids Sanjana Sanghi who played the role of Kizie Basu who is fighting from thyroid cancer when she meets Immanuel Rajkumar Junior or Manny, who has previously suffered from osteosarcoma. Both lead actors to share wonderful chemistry and share a passionate romantic space that delights your mind and heart. This romantic based drama movie makes very much special just because of late actor Sushant, and at many times while watching Dil Bechara you cannot control your tears.
Wonderful acting by all the supporting actors including Sahil Vaid as JP, Saswata Chatterjee as Kizzie’s father, Swastika Mukherjee as Kizie’s mother, Subbalakshmi as Manny’s grandmother, Sunit Tandon as Dr. Jha, Michael Muttu as Manny’s father, Rajie Vijay Sarathe as Manny’s mother.
Many Bollywood stars like Bhumi Pednekar, Vicky Kaushal, Hansal Mehta praise the movie and work of Sushant Singh Rajput and take as an emotionally memorable movie for him.
This movie creates a record and gets a 9.8 IMDB rating in the Hindi film category. The movie is streaming on Disney + Hotstar.