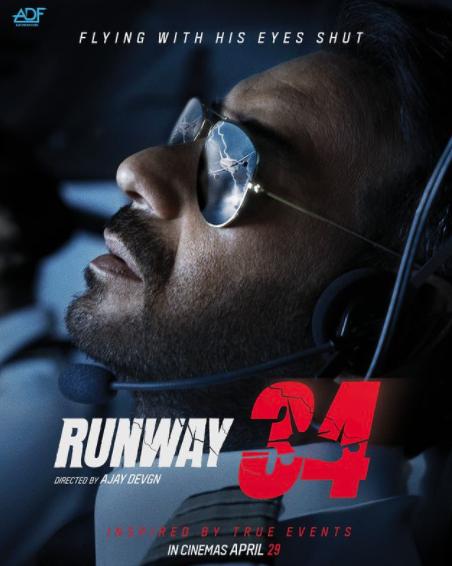 Runaway 34 Movie Review: Runaway 34 is inspired by true events or say movie inspired by many Hollywood sci-fi airplane films. Ajay Devgn’s directorial venture is an honest initiative that reflects Ajay Devgn’s style in movies, actors also acted in the movie along with Megastar Amitabh Bachchan, and Rakul Preet Singh who gives his best performance and so when the story is the good film also works well.

Runaway 34 is a brilliant movie with nice technical work, and Devgn’s storytelling is more engaging and keeps you hooked to enjoy the flight-based movie. More work can be done in the field of VFX but flight landing sequence is the major highlight.

The movie revolves around Captain Vikrant Khanna played by Ajay Devgn, a flying prodigy, whose flight takes a mysterious course after take-off from an international destination.

One fan wrote ‘Audience can’t stop appreciating the film. This film has performed beyond expectations.’