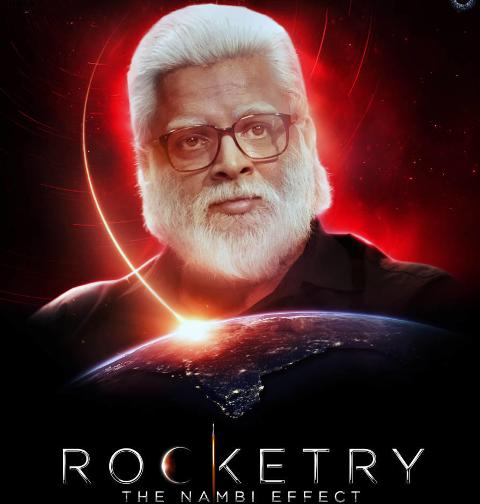 This Friday R Madhavan’s movie Rocketry The Nambi Effect hit theatres with a blend of Indian Space Journey and Patriotism of renowned scientist S. Nambi Narayanan, Who fought a long battle with the system to prove innocence and patriotism towards the country. R. Madhavan portrays the role of Nambi Narayanan and takes to you the thrilling journey of a young scientist How he works hard to develop liquid propulsion technology for ISRO and rejects a lucrative offer from NASA.

R Madhavan who directs himself and also write the script for Rocketry, the movie starts with Nambi’s early days and how he works in ISRO (Indian Space Research Organisation) along with legendary scientist Vikram Sarabhai, Dr. APJ Abdul Kalam, Satish Dhawan, which is a pleasure to watch, this will make more interesting if you are familiar with space keyword, but Madhavan successfully catches the emotion of Nambi and which is reflected in the movie till to the end.

The BGM of Rocketry is up to the mark which matches with the scene, No typical Bollywood song holds seriousness in the movie.

The first half of the movie only shows the space journey of Nambi Narayanan and how he gets a scholarship to Princeton University to learn chemical rocket propulsion under professor Luigi Crocco. After in second half, all false allegations charges were put on India’s best Rocket scientist which cost the Nambi Narayanan’s whole life and suffering for his family. A lot of emotion in the second half brings tears, and one question arises in everybody’s mind a person like Nambi Narayanan has faced such social and judicial injustice.

R Madhavan’s hard work to bring justice to Rocket Scientist S. Nambi Narayanan is successful to a greater extent, director accomplishes his mission to convey the message given Rocketry The Nambi Effect and we think that this Nambi Effect can go long and long.