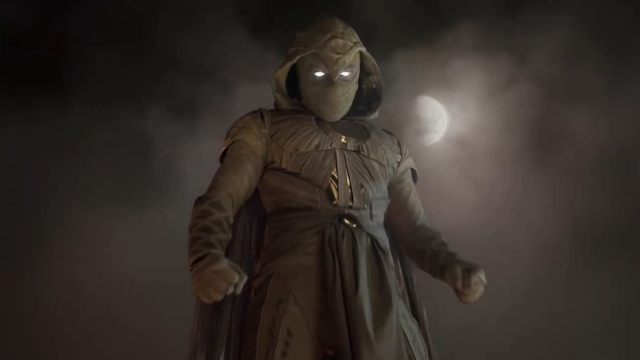 Moon Knight First Episode The Goldfish Problem is a nice to start to a mini-series by building quality suspense for the entire series, Steven Grant, a mild-mannered gift-shop employee, becomes bored and fearful of another life who raised voices to disturb the normal life of Steven. Later Steven discovers he has dissociative identity disorder and shares a body with mercenary Marc Spector. As Steven/Marc’s enemies converge upon them, they must navigate their complex identities while thrust into a deadly mystery among the powerful gods of Egypt.

Oscar Isaac played his role marvelously and Marvel’s hard work are finally paid off lastly they found an actor to become Moon Knight, Who seamlessly perform the role of Steven Grant as a low profile employee where his superior bully him, and their inner soul of mercenary Marc Spector who comes in dreams, as a result, he ties the knot in legs while sleeping.

Is the Goldfish Problem is solved at the end of the episode or not you have to watch.

Many more episodes in the upcoming weeks of Moon Knight, Lots of fans are giving positive reviews and compare with the Loki TV mini-series. But Moon Knight is special the story is building and Oscar Isaac’s acting takes you to MCU’s most thrilling cinematic experience.

Oscar Isaac discovers inner power by surprisingly finding a new friend who claims to be Marc’s wife. Already confused Steven/Marc get it makes you feel as lost to successfully build tension.

The cast of Moon Knight