Home fantasy Lucifer Best Fantasy TV Show of a Devil
Facebook
Twitter
Pinterest
WhatsApp
The devil of his own Lucifer, it is a fantasy drama series based on DC Comics character The Sandman and TV series produced by Jerry Bruckheimer Television, DC Entertainment, and Warner Bros. Television. Till now the four seasons of Lucifer are released and all series break many records and viewers love the storyline, character of the devil who tries to adapt situations like normal people. Lucifer’s story revolves around Lucifer Morningstar (Tom Ellis), who is the loyal and hard work servant of hell and gets tired of his job and life. Lucifer comes to Los Angeles and works in LAPD and open his own night club at LA he helps people with his experience from past and telepathic power. In all four seasons of Lucifer, many friends and demon threats come to Los Angeles at the same time Lucifer
Lucifer series created by the Tom Kapinos and till now four seasons of Lucifer released the fourth season of Lucifer released on Netflix. There was a rumour that Netflix renewed the series for the fifth and final season,
IMDB Rating of Lucifer TV- Series: 8.2
The storyline of Lucifer Series:  The devil, Lucifer Morningstar (Tom Ellis) a loyal servant in hell and get bored from his job and life and decide to take retirement and going to Los Angeles and open a nightclub (LUX) and work as a consultant in LAPD (Los Angeles Police Department) and a Chole Decker(Lauren German) as Detective, She is a homicide detective. She solves crimes with Lucifer after he takes an interest in her once she appears to be immune to his abilities. Lucifer the devil who helps people with his telepathic abilities and experience of combating with demons. In all over the series of Lucifer and his friend Chole work as a team and protect the city from many demons who come harm the people of LA.
Lucifer Cast and Characters: 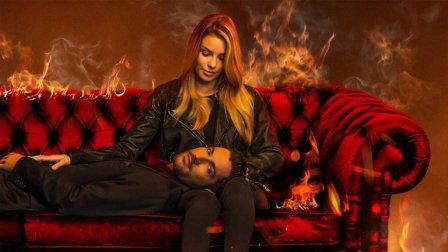