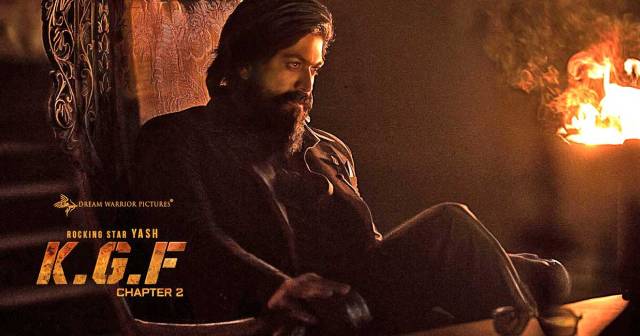 India’s most awaited movie KGF 2 released today worldwide just after its release fans rush to the theatres and celebrate the Yash aka Rockey Bhai film festival across the nation, KGF release around 8000 screens worldwide, and around 90% of tickets are already booked for the entire weekend.

The first review came from theatres as fans posted very positive reviews about KGF 2 and give 5 out of 5 stars.

Fans praise the role of Yash, Raveena Tandon, Sanjay Dutt, and many supporting actors who gave top-level performances and coin as the best movie to date in the action genre.

But seriously KGF 2 is one of the best movies that Indian cinema ever produced, Director Prashant Neel excels in every department of KGF making whether it’s the storyline, technical, VFX, music, performance by actors, the strong screenplay you feel the Prashant Neel touch in every aspect of film making.

Ravi Basrur BGM score and music give soul to the movie and work as a powerhouse which enhances the performance and intensity million times in each and every scene in KGF 2.

KGF 2 is an example of the best fine art in the history of cinema and people remind this day 14th April, for a long, long time.

The performance by Yash aka Rockey is extraordinary whatever you expect from this actor while watching the KGF this man gives much more than a thousand times, dialogue delivery to action gives you goosebumps every.

Raveena Tandon as Ramika Sen, who acts as a Prime Minister of India is giving goosebumps, her finest acting performance giving tough competition to Rocky as well as Adhira.

The most surprising entry and one of the best entries of any Villain in the movie is Sanjay Dutt as Adhira whose nail-biting acting levels up the standard of KGF 2.

Many supporting actors’ performance and their connection with the story is a surprise and suspense in KGF 2.

Cinemabolega gives KGF 2 – 5 star rating which is must watch.

Yash’s starrer KGF 2 movie has successfully collected the gross amount of Rs 240 crore in just 2 days which is the highest ever grossing for any film.

KGF Chapter 2 has already surpassed the Rs 800 crore mark in just ten days and is expected to touch Rs.1000 crore in 2 weeks

According to trade analyst Ramesh Bala’s observation, KGF: Chapter 2 has collected Rs 880 crore at the box office. He wrote, “Official @comscore Global BO Chart for the weekend ending Apr 24th. #KGFChapter2 at No.5 in the World (It was No.2 last weekend). Total Gross – $114.93 Million [Rs 880 Crs] (sic)