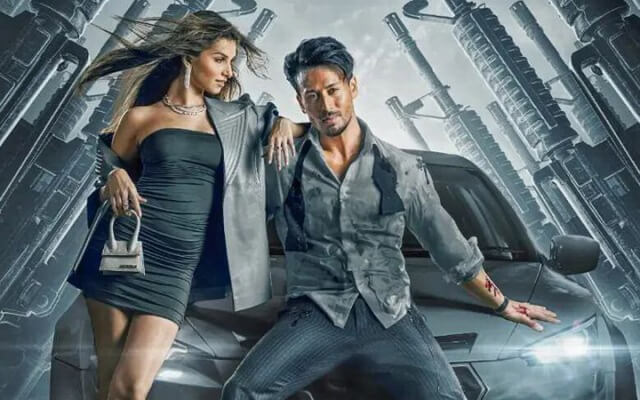 Heropanti 2 Movie Review – After Heropanti 1 Tiger Shroff’s debut with the famous dialogue ‘Choti Bachi ho Kya’ make fans crazy with a unique action scene with extraordinary style establishing Tiger from star kid to a star in Bollywood. But this time in Heropanti 2 actor, as well as the whole movie, is a totally a mess, director Ahmed Khan unable to utlise the potential of talented actors, with many potholes in script, senseless action scenes, and last story which is nowhere in the film as a result no one can save the movie to became super flop.

Some of big names in the movie but they their contribution is gone waste, like A.R Rahman music is not good as in his earlier films which failed to connect the fans. Tiger Shroff as Babloo Ranawat a guy who helps people from a robbery or kidnapping this guy is always there, Nawazuddin Siddiqui as Laila who is smart thief which is so powerful but failed to deliver what fans expect so as newcomer Tara Sutaria as Inaaya not giving enough strong screen space to prove herself. Nadiadwala Grandson Entertainment – Heropanti 2 waste all resources, talent, money to make this movie entertaining, so that fans can enjoy little bit. Movies like RRR, KGF Chapter 2 which break all time box office record in terms of collection as compare to Tiger Shroff’s Heropanti 2 it is nowhere in competition.