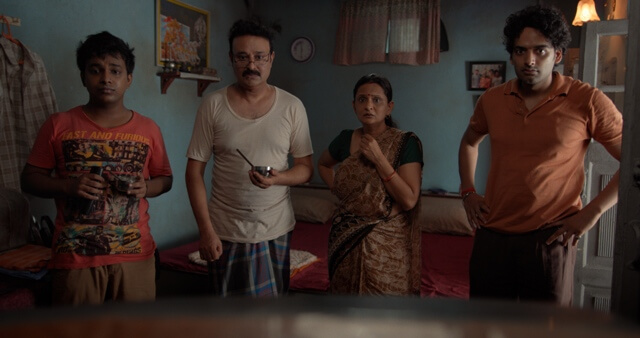 Gullak Web Series Review: Sonyliv’s Gullak Web Series Season 3 is ready to release on the OTT platform this month after the successful first two seasons of TVF Pictures Gullak The series revolves around a middle-class family, starring Jameel Khan, Geetanjali Kulkarni, Vaibhav Raj Gupta, Harsh Mayar in the lead role, Were Santosh and Shanti Mishra and their sons Anand “Annu” Mishra and Aman Mishra and with Sunita Rajwar as their neighbor. This light-hearted family comedy-drama portrays the daily life of the Indian middle class in a very catchy manner with clever writing and superb acting that will sweeten up your mood and give you a chance to enjoy yourself with your family.

Director Shreyansh Pandey’s exemplary work and detailing of middle-class life on the nanoscale is tremendous and increasing the level of performance and attachment towards the Mishra family is inevitable in both season 1 and season 2 of the Gullak Webs Series.

The performance of each and every actor is mindblowing I guarantee every audience who watch Gullak can easily relate with any one of the characters whether Santosh Mishra the head of the family, Shanti Mishra Who is also the head of the family, and their two sons Anand Mishra and Aman Mishra, The Chemistry between Mishra Family is so real you feel that suddenly you go to Mishra family’s home. This sweet web series is so natural and so affectionate you can’t control yourself and tell us the art of living.

In Season 1 of Gullak Shanti (Mummy) who try to make his family happy by constantly in a tiff with his son Anu, who fusses about Anu’s joblessness and services examination results, similarly, Anu fights with younger brother Aman due to the volume of Television who having board exam With all hiccups in family Shanti and Santosh Mishra able to manage family problems in a lighthearted way.

In Season 2 of Gullak Santosh is worried about the extraneous electricity bill, Aman’s board Exam, Anu’s Job along with Shanti his wife who tries to get things done nicely but Shanti discovered she is diabetic too but all Mishra Family members are able to overcome the ups and downs in the family.