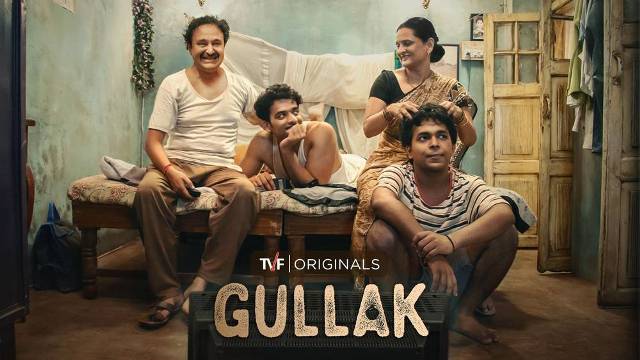 Thanks to SonyLiv & TVF Pictures who makes such a family comedy-drama which not only brings to make people laugh but takes back the nostalgia of the normal middle class of every Indian. SonyLive’s Gullak Season 3 web series is out and once again nails it, with a positive review and loyal fan base boosting the confidence of creators who make many more seasons of Gullak season 3 is same as the former 2 seasons and now Annu Mishra gets a job in a private medical company as a Sales Person and ready to take bear family responsibility and showing more maturity like any elder son doing his job for family, and Anu’s little brother who top in tenth board and Santosh Mishra (father) and Shanti Mishra (Mother) try to save money for Aman’s school admission fees.

In the third season, the story is more serious and full of emotions, on one hand, Annu fighting to survive in his new job and Shanti struggle to support the family in every way and Santosh Mishra works hard in an office where his superior arouse problem and Aman confuse regarding his subjects of study. And surprise visit by Sunita Rajwar as Bittu Ki Mummy performance is remarkable.

Gullak 3 is probably one of the best web series to come out it is completely entertaining, beautifully scripted with natural performances and soothing background, and poetic narration, and solely justifies the ‘Life is the Piggybank of Memories’. But this time the story is much more serious and dramatic which arouses too much emotion and makes you cry. Director Shreyansh Pandey slowly uncovers stories in each season of the Gullak which led to increases in the pace and seriousness.