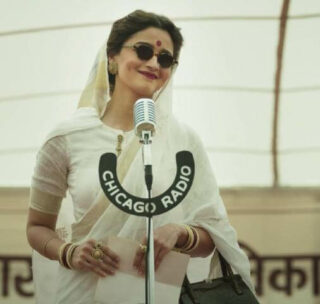 This Friday release of Gangubai Kathiawadi starrer Alia Bhatt, Ajay Devgan got accolades from every corner and movie lovers praise the performance of Alia Bhatt who played the lead role in the biography of Gangubai Harjivandas, better known as Gangubai Kothewali or Gangubai Kathiawadi, was an Indian prostitute and madam of a brothel in the Kamathipura area of Mumbai during 1960.

Alia Bhatt played the lead role and did justice with the character which proves that a female actress can run the whole movie on her shoulder. Many supporting actors especially Shantanu Maheshwari, Vijay Raaz, Indira Tiwari, Seema Pahwa, and Ajay Devganin cameo support Alia’s (Gangu) character to shines in the whole story.

Gangubai Kathiawadi an Indian Hindi-language biographical crime film is based on a chapter of Zaidi’s book and directed by Sanjay Leela Bhansali released on 25 Feb, did well in box office has collected Rs 10.50 cr on Day 1. The digital rights of Gangubai kathiawadi are sold for Rs. 65 crores to Disney+Hotstar with Rs.175 crore this mega-budget movie needs to earn at least 200 crore to make a hit in the box office.

Gangubai kathiawadi movie is very well directed, good screenplay but no surprising moment in a story shows Bollywood failed to work on the script and only focus on Stars, fancy movie set rather than working on a story which makes it difficult for Alia’s move to become a superhit.

But in the movie, you see the Alia presence on the screen and dialogue delivery of actress makes mad and you love that, similarly, the cameo Ajay Devgan is very powerful when he comes to screen everything is stop and the audience shouting in theatres, Vijay Raaz performance is mind-blowing but due to many pitfalls in the script many actors and not getting chance to perform.

I think Gangibai Kathiawadi is a good movie to see the life of a prostitute how they are facing problems and how one women fight for their rights.