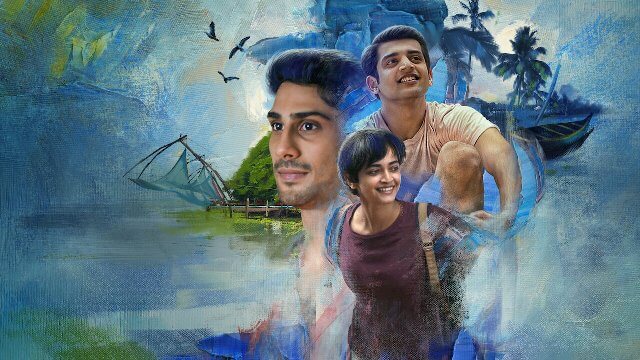 Cobalt Blue is a fresh romantic drama film that gives wings to young teens who attracted someone and fall in love. Cobalt Blue is a something unusual story that is very uncommon
When Neelay (Brother) and sister Anjali Sivaraman (sister) fall in love with the same man Prateik Babbar.

IMDB rating of Cobalt Blue is 7.2 and gets praised by fans, this unusual love story, Cobalt Blue is a fresh romantic drama film that gives wings to young teens who attracted someone and fall in love. This unusual story is very uncommon When Neelay (Brother) and sister Anjali Sivaraman (sister) fall in love with the paying guest Prateik Babbar.

Cobalt Blue is a story about the traditional Marathi family starring Prateik Babbar, Neeley Mehendale, and Anjali Sivaraman in the lead roles. Director and Writer Sachin Kundalkar’s clever direction really makes this as best LGBT movie ever. Neelay Mehendale as Tanay Vidhyadhar Dixit outperforms in the whole movie and outshines as a real gem who is an aspiring writer, and Prateik Babbar’s attractiveness as bisexual is something felt anyone uncomfortable, and Anjali Sivaraman as Anuja Dixit acted well as a stubborn girl who plays Hockey by falling in love with paying guest. Neil Bhoopalam is a Literature teacher who is a class actor and Geetanjali Kulkarni as Sharda Dixit everyone knows from the Gullak Web series.

Soothing music makes every scene so mesmerizing which takes you deep into the emotion.

The 112 minutes Cobalt Blue is a fresh breath of air that everyone wants to take and must watch for LGBT. The movie streaming on the OTT platform Netflix.