Home Drama Chernobyl Best Historical Drama Miniseries
Facebook
Twitter
Pinterest
WhatsApp
Chernobyl is a historical drama miniseries based on the Chernobyl disaster was a nuclear accident that occurred on 26 April 1986, in the Chernobyl Nuclear Power Plant, near the city of Pripyat in the Ukrainian SSR. Chernobyl miniseries told the hidden truth of disaster and showing the efforts and sacrifices of miners, firefighters, volunteers who risk there life to minimize the severity of the nuclear explosion and to save Europe from the effects of the disaster.
Creator Craig Mazin brings this historical drama series in the way you go in the late year 1986 and hold to you realize the consequences of disaster as well as his realistic character, cinematography, and details of how nuclear explosion occurs and how it harms the peoples, nature and all living beings.
The Storyline of Chernobyl: Chernobyl disaster is all about a nuclear explosion that occurred in Chernobyl Nuclear plant after that Valery Legasov, the lead scientist working to control the disaster along with Boris Shcherbina, a Soviet politician, and Ulana Khomyuk, a nuclear physicist working to uncover the truth about what really happened at Chernobyl. This series shows how to overcome the problem with the effort made by workers, miners, firefighters, engineers, doctors and reveals the truth which is hidden from the public.

Chernobyl miniseries consists of five episodes and produced by HBO and streaming on Disney + Hotstar. 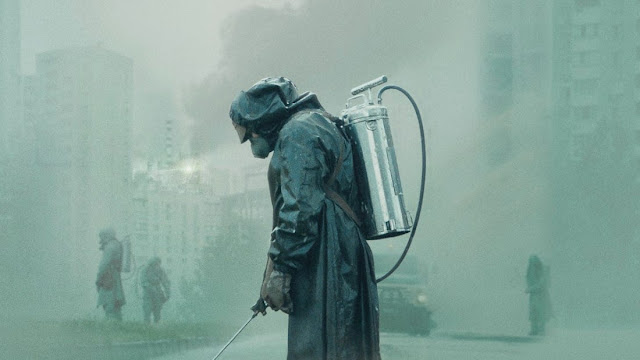 Jared Harris as Valery Legasov, a lead scientist working to control the disaster

Emily Watson as Ulana Khomyuk, a nuclear physicist from Minsk