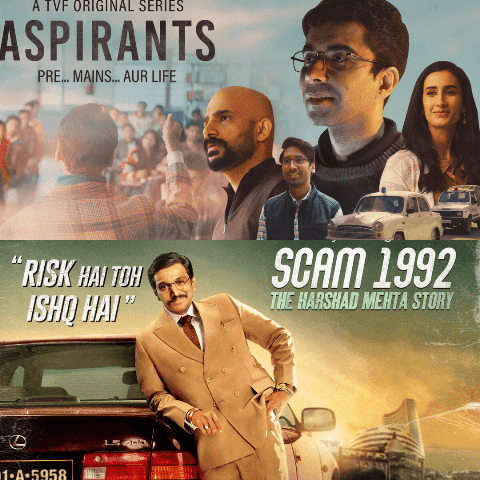 Hi folks, today we bring some of the top best Indian web series which are available on Netflix, Amazon Prime, Zee5, SonyLiv, TVF Pictures, and Youtube. After the Covid-19 pandemic, the craze towards web series is trending and now it will future of entertainment.

In this list of Top 20 Best Indian Web Series, some of the web shows not only create buzz around their Indian audience but successfully leave a presence on the international viewers by their quality content.

Here is the list of Top 20 Best Indian Web Series

1. The Family Man Season 1 & Season 2: First on the list is Manoj Bajpayee’s The Family Man one of the most popular and rated Indian web series, anyone can watch the show and enjoy it with family. The Family Man has a great story with comedy and action scene which can make worth to watch the show. The acting of all actors is marvelous including and comic timing of Manoj Bajpyee takes it to the next level. If you Planning to spend some quality time with your family then The Family Man will be your first choice.
IMDB Rating: 8.8
Creator: Krishna D.K.Raj Nidimoru
Platform: Amazon Prime
2. Scam 1992: The Harshad Mehta Story: If you are a little bit interested in the stock market or financial market or want to inspire to achieve something big in your life then this masterpiece is for you Scam 1992: The Harshad Mehta Story, Biography of Harshad Mehta King of the stock market, Creator Hansal Mehta bring the timeline of 1990’s the stock market exchange and shows how one ordinary man creates fortune in this bull & bear market. Pratik Gandhi who played the role of Harshad Mehta just nailed with her acting. Scam 1992 is one most popular and most rated Indian web series and critics’ favorite shows. This masterpiece is highly recommended by Fantasygenre.
IMDB Rating: 9.5
Creator: Hansal Mehta, Jai Mehta
Platform: SonyLiv
3. Gullak: This comedy, drama web series breaks myths of today’s Indian cinema without a big budget, no attractive location, without popular stars just with original acting this web series is worth watching with family. How the trend of Indian web series is changing you can experience with this web series. Creator Shreyansh Pandey brings middle-class families ups and down in such a beautiful way.
Actor Jameel Khan, Geetanjali Kulkarni, Vaibhav Raj Gupta, Harsh Mayar natural acting makes you love the character.
IMDB Rating: 9.2
Creator: Shreyansh Pandey
Platform: SonyLiv
4. Asur: This crime, drama series is not an old school plot of regular like Bollywood movies this unique crime series with intense suspense take you into the world of crimes, forensic, murder and slowly take reveals the story of Arshad Warsi. Barun Sobti, Ridhhi Dogra. This series is worth watching with family and friends.
IMDB Rating: 8.5
Creator: Gaurav Shukla
Platform: VootSelect
5. Mirzapur: This crime, drama series is one of the finest web shows of all time, the story and acting of lead actors are fun to watch. Creator Puneet Krishna, Karan Anshuman blend action, drama, comedy altogether. Some of the adult scenes is shown in this series but it was the best series to watch with friends. Pankaj Tripathi, Ali Fazal, Divyendu Sharma, and all supporting actors acting take this whole series to the next new level. There is two seasons of Mirzapur is available on Amazon prime.
IMDB Rating: 8.4
Creator: Puneet Krishna Karan Anshuman
Platform: Amazon Prime Video
6. Special OPS: Kay Kay Menon’s web series Special OPS who played the role of Himmat Singh which brilliantly played the role of an officer of the Research and Analysis Wing who draws similar patterns in terrorist attacks and is convinced a single person is behind all the attacks. His task force team of five agents living in various parts of the world aims to catch the mastermind. This series is a pleasure to watch to with family and friends.
IMDB Rating: 8.6
Creator: Neeraj Pandey
Platform: Hotstar Special
7. Flames: This teen comedy, romance drama series is love to watch which can enjoy with your family and friends. Flames is a teenage romance web series is the story of a young romance with a student who can win your heart. Young actors Ritvik Sahore, Tanya Maniktala, Sunakshi Grover, Anusha, Shivam Kakar excellent acting win your heart.
IMDB Rating: 9.1
Creator: Apoorv Singh Karki
Platform: MX Players
8. Aspirants: This web series is taking storm in the industry of Indian web series and raise the eyebrows of fellow production houses, without fancy location no more popular stars, but Aspirants is one of the brilliant web shows of all time. Aspirants is a story of 3 friends – Abhilash, Shwetketu(SK), and Guri. The story revolves around the past and the present time where the past captures the struggle and the drama behind the making of UPSC CSE aspirants in Old Rajinder Nagar of Delhi. This Web-series is worth watching with family and friends. All actors acting gives immense pleasure to watch.
IMDB Rating: 9.7
Creator: Arunabh Kumar, Shreyansh Pandey
Platform: TVF Pictures (Youtube)
9. Sunflower: This comedy, crime, a murder mystery is something new and out-of-the-box entertainment with a power-packed performance by Sunil Grover, Mukul Chadha, Ashish Vidyarathi. A murder mystery based in a housing society called Sunflower. Its simpleton resident Sonu dives headlong into a murder mystery and becomes the chief suspect. This is a complete family drama and you can enjoy it with your family.
IMDB Rating: 7.6
Creator: Vikas Bahl
Platform: Zee5
10. Grahan (Eclipse): An uncommon love story started in 1984 story succumbs to the anti-Sikh riots. This tragic story of father and daughter and their bonding take you on an unimaginable emotional journey. This Grahan series is highly recommended by our side, creator Shailendra Jha and the hard work of Zoya Hussain, Wamiqa Gabbi, Anshuman Pushkar, and other supporting actors reflect on this series.
If you’re planning to watch anything new series then the Grahan 2021 web series is worth watching with family and friends.
IMDB Rating: 8.6
Creator: Shailendra Jha
Platform: Disney + Hotstar
11. November Story 2021: This unusual south Indian crime-mystery thriller web series had lots of surprising elements with powerful full acting and tight screenplay and direction that had taken you to the whole new world. Tamana Bhatia a celebrated crime novelist suffering from Alzheimer’s is found at a murder scene with no memory of what happened. Indhra Subramaniam delivers this murder mystery with lots of suspense can make this November Story 2021 worth watching.
IMDB Rating: 8.0
Creator: Indhra Subramaniam
Platform: Disney + Hotstar