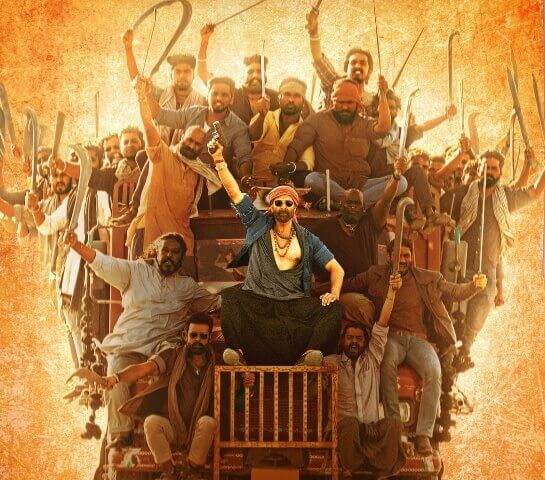 A big-budget Bachchan Paandey movie released this Holi 2022 with Bollywood big stars Akshay Kumar, Kirti Sanon, Arshad Warsi’s action comedy film directed by Farhad Samji who make Housefull movie series. It is a remake of the 2014 Tamil film Jigarthanda which was a remake of the 2006 South Korean movie A Dirty Carnival. Bachchan Paandey’s story of a budding director tries to research and make a film on a merciless gangster along with Kirti Sanon and Pankaj Tripathi. With big stars and a huge budget, this movie failed to impress the fans who eagerly waited for this but the loose script and boring storytelling makes its difficult to succeed at Box Office especially when a small budget Vivek Agnihotri’s The Kashmir Files movie based on the genocide of Kashmiri Pandits which breaks all box office records since its release. Already Akshay Kumar’s film Bachchan Pandey suffers a major Loss of 400-500 Screens Due to The Kashmir Files and many screen owners are not in the mood to replace The Kashmir Files for Bachchan Paandey.

When talking about the cast of Bachchan Paandey Akshay Kumar as Bachchan Paandey who played the role of a gangster and Kriti Sanon as Myra Devekar aspirational storyteller, Jacqueline Fernandez as Sophie (Bachchan Paandey’s Girlfriend), Arshad Warsi as Vishu (Film Director), Pankaj Tripathi as Guruji Bhaves Bhoplo, Prateik Babbar as Virgin, Trishna Singh as Virgin’s Wife, Sanjay Mishra as Bufferia Chacha, Abhimanyu Singh as Pendulum all actors are played well, especially Arsad Warsi and Packaj Tripathi performance and comic timing is excellent but not save the movie to become a super flop.

With such a strong cast the movie fall deliberately from the first frame, no efforts are shown to encash the popularity of Akshay Kumar, Kirti Sanson, and Arsad Warsi. In theatres, fans who are coming to watch this movie are not much excitement and some of the viewers are left from the theatre in mid of the movie.