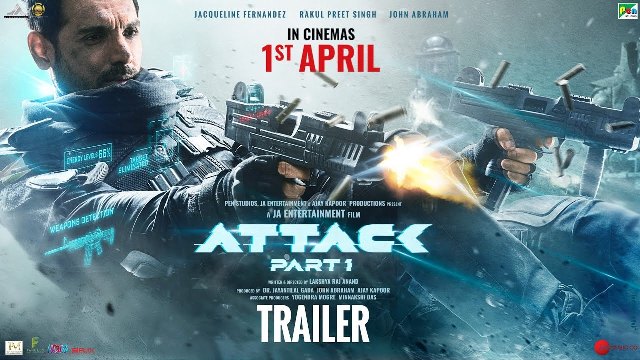 Johan Abraham’s Attack Movie was released at the box office, and fans and critics give mixed reactions to the Sci-fi Super Soldier movie.

Attack Movie Review: After the Attack trailer out on social media, it creates buzz among John Abraham fans the full of action-packed trailer create much hype about the movie, and to some extent, the movie delivered fast-paced action scenes but Director Lakshya Raj Anand present the story in a way that audience can’t connect with lead actor John Abraham, In many movies, we saw super-soldier hero like in Marvel’s movies where audience easily emotionally connect with the superhero. Too many illogical actions or excessive action scenes make one feel bored and fans lost interest while watching films, With a brilliant concept, the storyteller is unable to utilize the potential of Jacqueline Fernandez, Rakul Preet Singh, John Abraham, and Prakash Raj.

John Abraham is a savor of film and worked as the last man standing, and love the actor who worked harder to save country big politicians from terrorists and at last John justifies his character of Arjun as a super soldier.

Fans loved the action of John Abraham’s Attack and if fans reach theatres to watch a movie then it will hit.

When the RRR and The Kashmir Files have already ruled at the box office for the past two weeks, where both the movie are praised by the fans as well as by critics and created massive records in terms of worldwide collection, RRR is one Indian movie that beat The Batman in the race of collection.