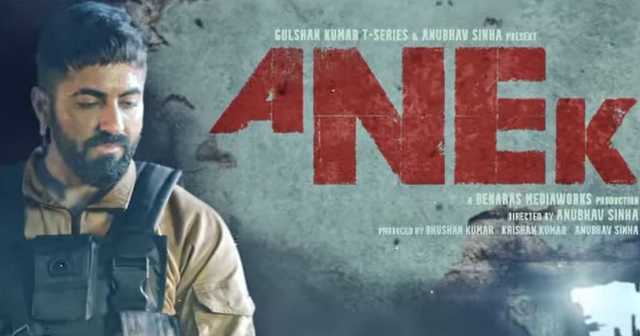 Award-winning director Anubhav Sinha’s upcoming movie Anek trailer was released today on social media starring Ayushmann Khurrana in the lead role after its release it gets viral on social media and many commented on the trailer. Anek’s trailer raises the North-East-South debate, As in the trailer, Ayushmann portrays the role of security officers who is posted in the northeast region to safeguard the interest of the northeast people from the extremist group.

Ayushmann Khurrana’s second venture with Anubhav Sinha, as said in a statement actor said this is the most serious and emotional movie, I have done so far.

“We have literally ignored the Northeast of our country and the kind of racism they face in the mainland, I think it’s very disheartening. People from the mainland will realise that ‘kya galat kar rahe hai woh’,” he added. “

Anek trailer trends in social media many users praise the performance of actor and gave positive reviews about subject involved in the movie.

The Cast of Anek